English Words that are often Confused #1

I have written two posts on Spelling Mistakes that Ruin your Writing. They are a small number of mistakes which are easily fixed as soon as you understand the grammar. Don’t worry! The grammar is basic and easily understood.

Today, I’m focusing on other common mistakes. These are words that native speakers use incorrectly. I hope you find my explanations helpful.

Let’s have a look at some confusing words:

a) advice, advise
b) affect, effect
c) agree with, agree to, agree on
d) alternate, alternative
e) among, between
f) anticipate, expect
g) approve, approve of

Do you think this is good advice?

My advice is to look at the spelling. The word ‘advice’ contains the word ‘ice’ which is also a noun.

We often need advice from an expert.

We sometimes receive the best advice when we least expect it.

Did your parents advise you to save your money?

Who advises the football coach?

I advise you to keep reading.

♦ affect –  verb (used with object: this means that the subject  affects something or someone)

In France, the extremely cold winter of 2018-2019 affected many vineyards
Do you believe that your thinking affects your actions?

Were you impressed with the special effects used in the movie Avatar?

Note: ‘Effect’can also be used as a verb but take care. While ‘affect’ means ‘to change’, ‘effect’ means ‘to bring about/cause’ a change. It is usually used in formal speaking and writing. I advise consulting a dictionary if you wish to use ‘effect’ as a verb.

The President hopes to effect new laws to deal with drug trafficking.

c) agree with, agree to, agree on 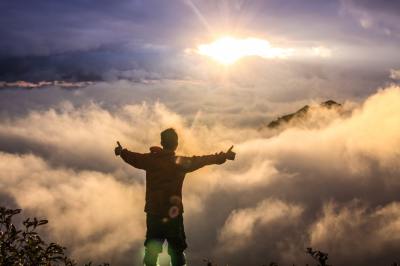 Do you agree with Satya Nani that a little progress each day adds up to big results?

I agree with – Satya Nani that “A little progress each day adds up to big results”.

♦ agree to  something, usually a plan or scheme.

I should never have agreed to look after his stupid dog!

♦ agree on a choice or result with other people

Sheldon and Amy agreed to get married but they couldn’t agree on when or where, nor could they agree on whom to invite to their wedding.

♦ alternate – verb meaning to change first one, then the other; repeatedly and regularly

Many of us alternate between motivation and lethargy.

I do shopping and housework on alternate weekends.

♦ alternative – noun which indicates a choice

There are many alternatives for when we are overcome with lethargy. We could follow Satya Nani’s advice and try to make a little progress each day.

There are several alternative courses of action for when we lack motivation.  There is no shortage of advice online.

People who want to escape the demands of modern life are often attracted to alternative lifestyles.

♦ among – preposition which links more than two 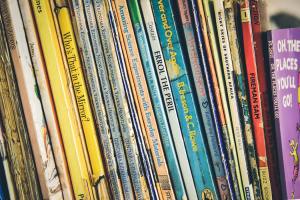 Is your favourite book among these?

I love wandering among the bookshelves in libraries.

Reading takes me to another world where I’m always among friends.

♦between – preposition which links two only

Can you see Errol the Peril? It’s between two blue books.

Between you and me, I don’t think children read enough books nowadays.

Reading takes me to another world where I’m always among friends. (among them)

Can you see Errol the Peril? It’s between two blue books. (between them)

Between you and me, I don’t think children read enough books nowadays. (between us)

Incorrect: . ‘Each bookshelf’ is a single unit so I cannot wander among one thing.

Incorrect: . Again, ‘each chapter’ is a single unit, so a quote cannot be between one thing.

♦ anticipate – verb meaning ‘to be aware of something that has not yet happened, or believe will happen, and (perhaps) to take appropriate action’

I recently booked into a highly recommended health retreat. Happily, they anticipated my every need.

A good public speaker anticipates the mood and bias of the audience. 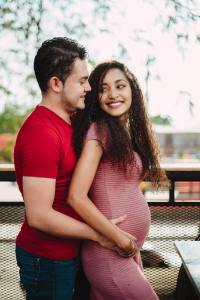 ♦ expect – verb, to think or assume or predict that something might or should happen

We expect everyone to arrive before the soccer match starts.

Your employer naturally expects you to start work on time.

“We should not expect something for nothing—but we all do and call it Hope” (Edgar W. Howe).

♦ approve – to give permission for, accept

At last, after six months, the council approved our plans to renovate our house.

Your application for a Blue Card has been approved.

♦ approve of – to view positively

It was much more difficult in Shakespeare’s time for people to get married without the approval of their parents.

Click here for English Words that are often Confused #2

1 Response to English Words that are often Confused #1