Spelling Mistakes that Ruin your Writing

English spelling is not easy for anyone learning English as a second language. It may surprise you to learn that many native English speakers are not good at spelling in their native language. They know that spelling is very important for writing a job application or an essay for university exams and bad spelling can make them seem to be uneducated or lacking basic English skills.

The following spelling mistakes are more serious because they also reveal poor grammar. However, don’t worry! The grammar is basic and easily learnt. Let’s have a look at the problem words: 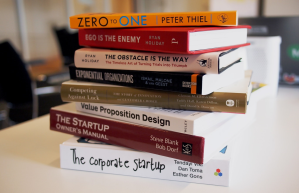 a) they’re, there, their

♦ there – adverb of place

There are two women in the picture on the right.
There is no sign of rain.
They left their swimsuits over there.

♦ their – possessive adjective, always followed by a noun

We’re having a laugh.
We’re friends.

The two men in the photo met recently but I don’t know where.
Could you tell me where they  are from?
Where are they from? They’re from Knoxville, USA.

You’re an English student, aren’t you? Perhaps, you’re a writer?
If you’re studying English, you’re sure to find some helpful tips on this website.

♦ your – possessive adjective, always followed by a noun

Your time is valuable. I’m interested in your English progress, so you’re very welcome to write to me with any questions. Just click on Contact Me at the top of this page. 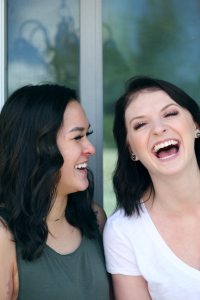 Lily: You’re so lucky to live in Barcelona. Your city is magnificent!

Isabela: You’re still going to visit during the term break, aren’t you?

Lily: I’d love to but your apartment is tiny. I should book a hotel nearby.

Isabela: You’re doing no such thing! You can sleep on the couch if that’s okay. There’s so much to do in Barcelona! We can rent red vespas and do cooking courses for starters. Then we can go skydiving.

Lily: Skydiving! You’re joking! I can’t ride a vespa and you know I can’t cook! You’re crazy Isabela but thanks for the couch though.

It’s is a contraction just like you’re and we’re and they’re (he’s, she’s, etc). Like them, it must have an apostrophe (’ ) to replace the missing letter/s.

♦ its – possessive adjective, always followed by a noun, never has an apostrophe

Its is a possessive adjective just like your and their (her, his, etc). Like them, it does not have an apostrophe. There are no missing letters.

It’s riding on its mother’s back.   It’s waiting for its dinner.

Click here for Spelling Mistakes that Ruin your Writing #2

1 Response to Spelling Mistakes that Ruin your Writing