Song: Stressed Out by 21 Pilots

As you know, songs are often short stories about real life experiences and emotions. As such, songs are an effective way to learn natural, everyday English collocation and usage. Even when the language seems simple and easy to understand, the grammar may be complex. In other words, complex grammar can be easy to understand.  That should make you feel better about learning English! Click on the picture below and watch the amusing youtube video of the song Stressed Out. I’m sure you’ll get the gist (main idea) of the story. Then, read on. 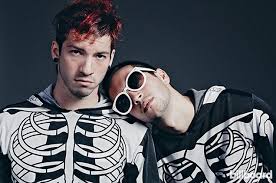 For this post, I’ve chosen the song Stressed Out by the band 21 Pilots to discuss the grammar typically found in songs and everyday English.  I have highlighted some of the lyrics in the following colours:
Relative Clauses – Red,
Noun Clauses – Pink, and
Adverbs/Adverb Clauses – Blue.

Under the lyrics, I will explain some of the grammar. 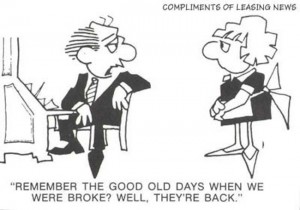 Don’t be confused by all the grammar terms. We are looking at what makes up a sentence: a sentence must have at least one Independent Clause. If it also has a Dependent Clause, then it is a Complex Sentence. There are only 3 types of Dependent Clauses: Relative (adjective) Clauses, Noun Clauses, and Adverb Clauses.

♠ A Clause is a group of words which includes a Finite Verb. All sentences include a Finite Verb and it is the verb closest to the subject. Finite verbs are the following verbs only:

All Present Simple Verbs (positive form):
∗ when I get older … what people think

All Past Simple Verbs (positive form):
∗ when our momma sang us to sleep

All Modal Verbs: can, could, would, should, may, might, shall, will, must, ought (to):
∗ all my fears would shrink … we could turn back time

∗∗∗ Present Simple and Past Simple Tense Verbs are Finite Verbs in the positive form only. In negative sentences and questions, the auxiliary verb is the Finite Verb. For example,

∗ What do you think? … Did your momma sing you to sleep?

∗∗∗∗ All other verbs are Non-Finite:

∗ The singer wants to turn back time. Infinitive: to turn

∗ I wish we could turn back time. Base Infinitive: turn

∗ What do you think? Base Infinitive: think

∗ ’21 Pilots’ have been singing some fabulous music lately.
… ING Participle: singing;  Past Participle: been

∗ Writing music is what they do best. Gerund: writing

Can you see that all verbs in English are either Finite or Non-Finite? Non-Finite Verbs have no tense. They need a Finite Verb to complete them. There are no other verb forms; just those I’ve listed above. Isn’t that good news?!

Have a look at the Peanuts cartoon and text below. (Click on the picture for more cartoons.) It is easy to understand. The language is simple but the grammar is complex. There are two noun clauses – so two subordinating conjunctions. There are two co-ordinating conjunctions. There are three Independent Clauses and two Dependent Clauses. There are five finite verbs and no non-finite verbs. Can you see all this grammar? If you can, it means that you will be able to write lovely complex language! So that you can check, I will write the answers at the bottom of this post. 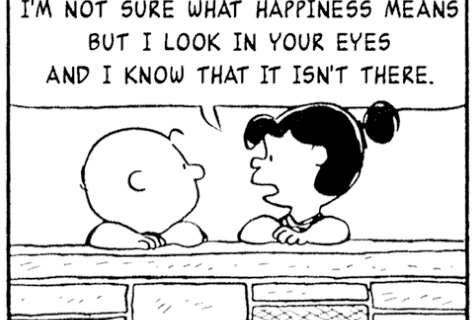 Now, lets look at the Dependent Clauses in the song:

♠ In the next line, I wish I didn’t have to rhyme every time I sang, the singer is not describing anything. He is talking about ‘when’ he sings. The answer to when? is an adverb. … every time I sang is an Adverb. It’s an Adverb Clause.

All other Noun Clause markers must be included: … now I’m insecure and I care what people think. He wishes for things and he cares about things – nouns. There is a Finite Verb, think, so the group of words with the marker ‘what’ is a Noun Clause: what people think

♦ Two Dependent Clauses: 1) what happiness means   2) that it isn’t there

Disagreement about such grammar occurs because of the type of verb. Is the verb ‘know’ transitive or intransitive? Does it sound okay without an object? The verb ‘sure’ is intransitive, so there is no problem with stating ‘I’m not sure’ without the noun clause. However, have a look at the following sentence which includes a noun clause.