English Inversion #1: Why? When? How?

Only by swimming with sharks will we overcome our fear of them.
Photo by Michael Liao on Unsplash

One of the first things you learn when you start learning English is the word order in sentences. The subject comes before the verb:

Question word order:
Have you ever swum with sharks? Why are people afraid of them? What do you think? Will we ever overcome our fear of sharks?

We can use Inversion in sentences which are not questions:

Only by swimming with sharks will we overcome our fear of them.

Rarely have I seen such a weird lipstick advertisement!

You can continue with your English studies and never use Inversion in sentences. That’s perfectly okay. However, if you are preparing for a Cambridge or IELTS exam or other exams or situations where you need to demonstrate an extensive use of English, you will be expected to know about Inversion.

Let’s start with why and when. After all, if you don’t know why we use Inversion, you won’t know when to use it.

WHY & WHEN do we use INVERSION?

Inversion is mainly used for EMPHASIS. The expressions used (never, rarely, no sooner, only then, etc.) have much more impact when used at the beginning of a sentence than the more common pronoun subject, especially as most of  them are negative.

Rarely have I seen such a weird lipstick advertisement!
Photo by ian dooley on Unsplash

1. to emphasize the uniqueness of an event,

2. to stress how quickly something happened after something else had been completed,

3. to clarify a situation, and

5. after clauses beginning with ‘nor’.

Compare the Inversion examples below with the standard sentence examples. Try to imagine how much easier it would be for the speaker to stress words like: Never … Rarely … Not until … (than: I … We … People … When)

1. to emphasize the uniqueness of an event

Never have I been so relieved to see anyone in my life!

Standard sentence:
I have never been so relieved to see anyone in my life.

‘Rarely does someone simply return to “business as usual” after seeing a Matt Church presentation’.

Photo by Rosie Kerr on Unsplash

Seldom am I impressed with
Hollywood celebrities.

Standard sentence:
I am seldom impressed with
Hollywood celebrities.

2. to stress how quickly something happened after something else had been completed

Scarcely had I finished cooking when the guests arrived.

Standard sentence:
I had scarcely finished cooking when the guests arrived.

No sooner had we started the meal than someone knocked at the door.

Barely had I served dessert when everyone started checking their phones!

Can you detect the sense of exasperation that the speakers in the Inversion examples feel? The emphasis is on the timing more than the subject. 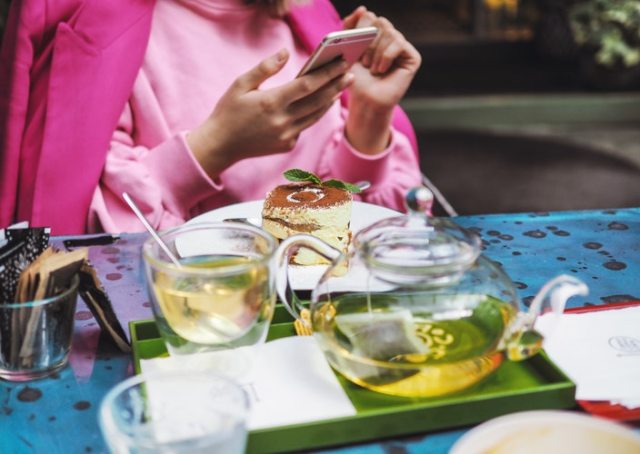 Barely had I served dessert when everyone started checking their phones!
Photo by jwlez on Unsplash

3. to clarify a situation

Note how the sentences with Inversion have a sense of urgency whilst the standard sentences are more casual.

Only then did we realise what was possible!
Photo by Chris Barbalis on Unsplash

Only after she won the gold medal in the 400-metre dash did Cathy realise the enormous pressure she’d been under.

Standard sentence:
It was only after she  won the 400-metre dash that Cathy realised the enormous pressure she’d been under.

On our trip to Milan, Italy we saw fantastic Green Buildings. Only then did we realise that cities could be environmentally responsible and resource-efficient!

Standard sentence:
It was only when we saw the Green Buildings in Milan that we realised that  cities could be environmentally responsible and resource-efficient!

Little was Henry aware of the damage caused by his thoughtless actions.

Standard sentence:
Henry was not aware of the damage caused by his thoughtless actions.

Had I known you were in town, I would have invited you! Photo by Lanty on Unsplash

Had I known you were in town, I would have invited you!

Had they understood your situation, they might have helped you.

Standard sentence:
If they had understood your situation,       they might have helped you.

5. after clauses beginning with ‘nor’

I don’t believe in scarcity, nor do I believe that the grass is greener on the other side.

I haven’t been to Japan, nor do I expect to visit there in the near future.

Standard sentence:
I haven’t been to Japan and I don’t expect to visit there in the near future.

HOW do we use INVERSION?

This post is quite long enough! I will continue in a future post. Meanwhile, you can try to get used to the Inversion examples I’ve given above before I explain the rules and structures.

I have found a song Never Ever by ‘All Saints’ which features the lines:

I suggest that you listen to the song until these clauses are locked into your long-term memory! It won’t take long. There is a lot of repetition. Click here for the YouTube video.