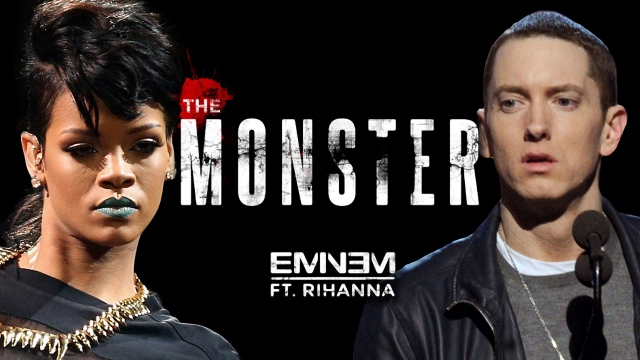 1. I’m friends with the monster that’s under my bed.

2. (I) Get along with the voices inside of my head.

The Relative clauses in Lines 1 & 2 are clearly Defining Relative Clauses because they are obviously necessary in the sentence. You know they are necessary because if you take them out, the sentences have no meaning:

I’m friends with the monster. 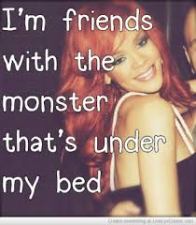 I get along with the voices.

If a friend said to you, “I’m friends with the monster”, you would ask, “which monster??”

The Defining Relative Clause tells us which monster.

If a friend said to you, “I get along with the voices”, you would ask, “which voices??”

The Defining Relative Clause tells us which voices.

Also note that Rihanna sings about “THE monster”, “THE voices”. “THE” is the Definite (defining!) Article. We use THE when it is clear which noun we are talking about, but if we just say, “I’m friends with the monster”, it is NOT clear which monster. If we just say, “I get along with the voices”, it is NOT clear which voices. We need to define which monster and which voices. We need Defining Relative Clauses.

The song ‘Monster’, which I like, is sung by Rihanna and Eminem.

‘which I like’ is a Non-Defining Relative Clause. It doesn’t tell us which song. It’s extra information.

Rihanna and Eminem, who are very successful, sing a song called ‘Monster’.

‘who are very successful’ is a Non-Defining Relative Clause. It doesn’t tell us who Rihanna and Eminem are. It’s extra information about them.

Take out the Non-Defining Relative Clauses and the sentences have meaning:

The song ‘Monster’ is sung by Rihanna and Eminem.

I highly recommend that you sing the chorus of ‘Monster’ (video below) a few times until you know it well. Then, whenever you need an example of a Defining Relative Clause, one will be easy to recall. 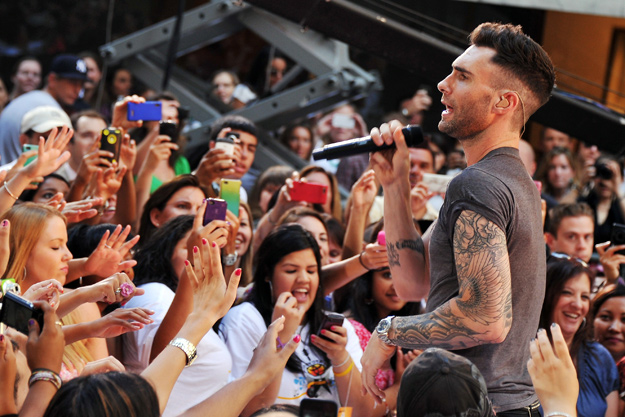 1. I was so high I did not recognize

2. The fire (which/that was) burning in her eyes,

3. The chaos that controlled my mind.

Here you can see that the Relative Clauses are vital for meaning. Take them out and the song has no clear meaning:

I was so high I did not recognize the fire, the chaos .. Which fire?? Which chaos??

*Note again the use of the Definite Article: THE fire, THE chaos.

I highly recommend that you sing the chorus of ‘Monster’ (click here for the video) and the lines from ‘This Love’ (lyrics video) a few times until you know them well. Then, whenever you need an example of a Defining Relative Clause, you will be able to recall one or more easily.

You could also check other examples in songs by clicking here.