Today, I’m presenting the Transitive Verbs from the above list.

♦ Transitive verbs must be followed directly by an object (a noun or pronoun).

We need to allocate funds for advertising.

We need to allocate … Q. what? … A. funds for advertising.

If you ask a question after the verb, you can often work out if the verb is Transitive (Vn) or Intransitive (V). Some verbs can be Transitive sometimes and Intransitive other times (Vn/V). It all depends on the information in the sentence and the questions you ask about the verb.

♦ Intransitive verbs are not followed by a direct object:

‘Quickly‘ is an adverb because it tells us ‘how’ the CEO spoke. It is not a noun or pronoun. If we want to say ‘who’ or ‘what’ the CEO spoke to, we must use a preposition in the middle of the verb and object, as ‘to speak’ is an intransitive verb.

The verb assemble can be Transitive:

The CEO assembled the staff.

The CEO assembled … who? … the staff.

It can also be Intransitive:

The staff quickly assembled in the boardroom after lunch for a short meeting.

The staff assembled … where?… in the boardroom. (preposition + noun)

The staff assembled … when? … after lunch. (preposition + noun)

The staff assembled … how? … quickly. (one word)

The staff assembled … why? … for a short meeting. (preposition + noun) 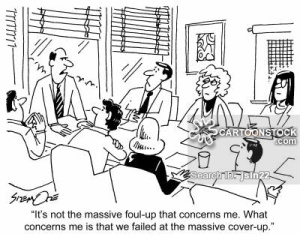 N.B.  The Transitive verbs in the table below are often used in a passive sense. For example:

You can find definitions, sentence examples, and pronunciation for each word by clicking on the  Merriam-Webster’s Learner’s Online Dictionary. I have already linked some for you.