Continuing: 3 Facts you need to know about PARTICIPLES

First read: 3 Facts you need to know about PARTICIPLES:
1.  Participles can be Parts of Verbs. 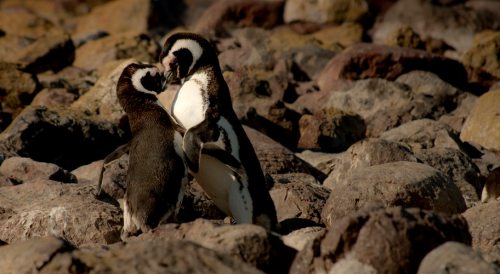 2.  Participles can be ADJECTIVES.

The giggling girls in the photo below look like sisters. Verb = look

The World Cup is an exciting event for spectators as well as players. Verb = is

The News is usually depressing. Verb = is

Mathematics can be confusing. Verb = can be

Past Participles are often used as Adjectives:

The spectators as well as the players at The World Cup were really excited.
Verb = were

I usually feel depressed after listening to the news. Verb = feel

The stolen computers were worth thousands of dollars. Verb = were

The broken window will cost a lot to replace. Verb = will cost

Past Participles are always used in Passive Voice.

Our computers were stolen late last night. Verb = were = Past Simple

The girls are being entertained by a funny clown. Verb = are being = Present Continuous

“You’re wanted on the telephone.” Verb = are = Present simple

Someone on the telephone wants you. Verb = wants = Present Simple

3.  Participles can be NOUNS.

Oren Atias @orenatias Unsplash.com …………………… Dancing is enjoyed by people of all ages and cultures.

Every verb has a noun form. They are so easy to make! They are called Verbals or Gerunds.

1. Just start with a Base Infinitive; for example,

2. Add ‘ing’ to the end of the Base Infinitive:

dancing, being, having, sleeping, doing

3. Use the Continuous Participles the same way you use nouns in sentences: as subjects, objects, and complements:

Subject:   Dancing is enjoyed by people of all ages and cultures.

Subject & Object:  Having a big family means doing a lot of Christmas shopping!

For more information on Gerunds, and practice exercises, click here.