Today, I will continue giving examples of Noun Clauses and explain more structure. We are going to  look at a song called  Someone Like You  by ADELE. It is full of Noun Clauses.

Do you remember that a noun is the name of something or someone? A Noun Clause is just a long, multi-word noun. Of course, it’s a long noun with a finite verb, or it would just be a noun phrase!

Like all nouns, Noun Clauses can be replaced with a pronoun. Pronouns are not just: I, you, me, it, they etc. We can say: this song ⇒ this, these songs ⇒ these, that song ⇒ that.  Be careful of the word ‘that’. It can be used in many ways. As always, when working out the structure of a sentence, look at how the words are used. In the sentences below, ‘that’ is a Noun Clause Marker in the song, or a pronoun in the sentences I’ve written.

♥ Did you notice that the Noun Clause Marker ‘that‘, is followed by a Clause which is a Sentence? This is true even when it has been omitted. (In lines 2. & 9. I’ve included it in brackets.)

♥ Do you realise that all the Noun Clauses above are examples of Reported Speech? 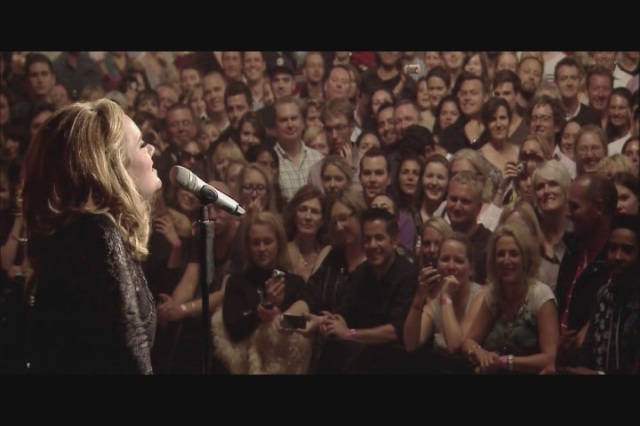 ♥  In a Noun Clause, ‘that’ is not a pronoun and cannot be replaced with ‘which’ or ‘who’.

The rumour that Adele is going to retire is not true.
≠

I heard that your dreams came true.
≠

♥  Here is another easy way to check if a Clause is a Relative Clause or a Noun Clause. The Noun Clause Marker ‘that’ is always followed by a Sentence:

♥ The Relative Clause Marker ‘that’ is not followed by a Sentence. Something is missing:

∗ None of the Relative Clause Markers (that, who, which, whom, whose) is followed by a Sentence.

♥  The Noun Clause Marker ‘that‘ cannot follow a preposition:

> They listened attentively to what she said.

> The audience were delighted by what she sang.

> She was sorry that she had to cancel a concert.

> I’m not sure what she sang first.
> I’m not certain whether Adele sang “Hello” at her last concert.

These are some of the main things to check when you are studying Noun Clauses. The best way to remember any English grammar is to become involved in reading and listening to it, rather than learning a set of rules. When you read, you see Noun Clauses all the time. You don’t even have to notice them. English is full of patterns. Most languages are, or we wouldn’t be able to learn them! The more you read (and listen to English), the more natural and logical these patterns become.

I am always recommending listening to songs as an enjoyable way to improve your English. Click here to watch a video of the song with English subtitles, or on the picture of Adele above and listen to her sing ‘Someone like You’. Listen a few times and you will remember the Noun Clauses.